The Psyche of the Mob 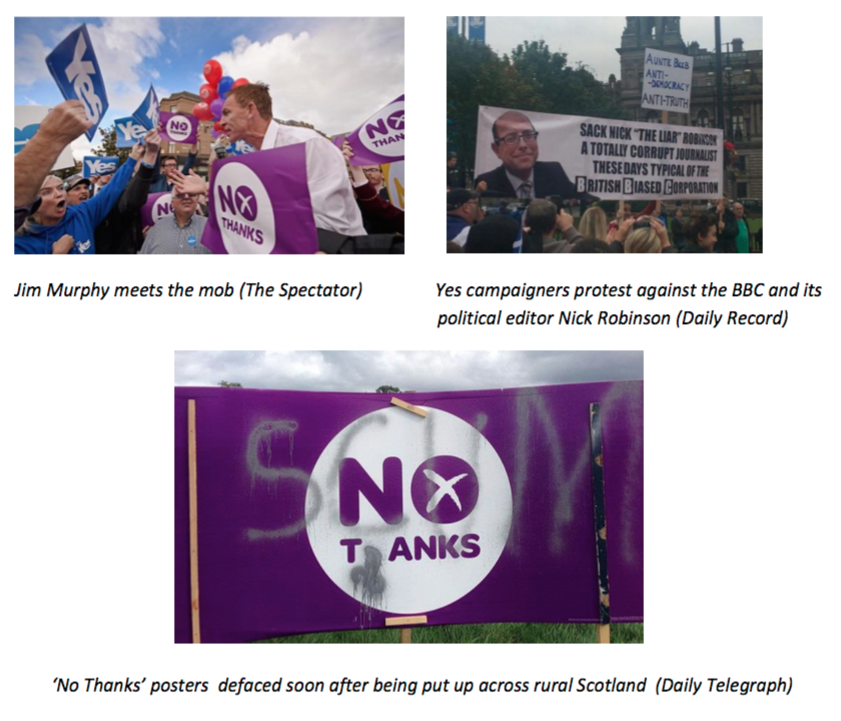 To stand up for ‘No’ you have had to
face a baying mob, or the twisted anger
of an activist shouting in your face
‘explaining’ why you should not speak

Not all Yes voters are part of that mob, nor even nationalists,
yet like it or not, they have aligned with both of these,
depending for success on their noise
as well as their cynical divisiveness.