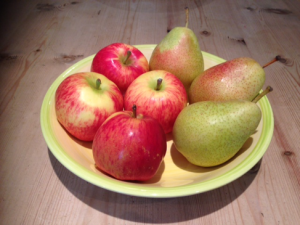 Here, in mid 2015, it seems that more than ever before, the people of Scotland are divided somewhere down the middle. Between those who are prepared to embrace the SNP, thinking the best of its persuasive voice and leadership, and the nationalist ambition of a separate Scotland, and those who cannot see the good in any of that.

After years of long and hard fought campaigns leading up to the Scottish Referendum and on through the General Election, there has been some bitterness along the way, but also some great passion on all sides. Human nature being what it is, the commitment and enthusiasm of newly active campaigners on both sides has seen exaggerated claims of each other’s shortcomings, as well as strident expressions of how a particular view is clearly and obviously right, even though the evidence suggests as many as half the population or more, do not agree with it.

At the fringes, there is sometimes abuse and intimidation. When aimed at you and yours, there is naturally a tendency to take it to heart more, to consider it more hurtful and unfair, than that directed at those who do not share your opinion, or that you simply do not know.

A few short years ago, if I had spoken of the gulf between them and us in Scotland, people would be unsure who or what I was talking about. They might have guessed at a social, religious or political divide. Some might have imagined  it was some reference to the ‘haves’ and ‘have-nots’.

The fractious nature of much of the debate in Scotland in recent years, has arguably left people more polarised than ever before. It appears that people are less inclined to try to understand the other viewpoint, and more likely to see the faults of modern Scotland as a by-product of the other side’s stance, whatever that might be.

But perhaps, all is not quite as bad as it might seem from the midst of these divisive arguments…

In the main, day to day life in Scotland has not been spoilt. The great majority of people, whatever side of the debate they find themselves on, want to be happy together and are prepared to give others the benefit of the doubt. While there are exceptions on both sides, who only see the worst in those who disagree with them, they are thankfully in a relatively small minority.

Scotland continues to be a great place to live and work. For the vast majority it can be a land of positive opportunities. Just as the natural environment of Scotland can be breathtaking, the achievements of the dedicated, talented and industrious people across Scotland who make it what it is, can be equally impressive.

Those in Scotland trapped in poverty, or seriously disadvantaged in various ways do not have an easy life, but they are not as excluded and ignored as in many parts of the world. In Scotland there are many who genuinely care and actively seek to improve the lot of all, not just the few, and those working for positive change are not just in one section of society, or solely the supporters of certain parties or groupings, rather they are in evidence across all levels and sectors of Scottish society.

While in the heat of political debate, particularly in regard to the constitutional future of Scotland, discord and confrontation can become the norm, generally the people of Scotland are still positive yet pragmatic, and hopeful yet realistic, with a warmth and open heartedness that says more about the true potential of this country than any political manifesto.

I think we need to reverse recent trends of division and discord, through trying harder to understand the others view. What follows therefore is my personal attempt to set out the best and worst of both sides’ arguments and those who make them. While I am very definitely for the unity of Scotland within the UK, I try here to look at both sides’ beliefs as honestly as I can:

Yet, when considering the ‘typical’ nationalist view, it is important to remember that the great majority of those who voted ‘Yes’ in the Referendum and who voted for the SNP in the General Election would not view themselves as Nationalists at all. Rather, many of the new supporters of the SNP see themselves as simply wanting self determination, viewing Independence as a route to enabling their belief in Scotland and its potential to have full reign.

Equally, others consider the SNP to offer the strongest voice for Scotland in a view of the UK where a Westminster and London centric elite do not deliver for the ordinary people of Scotland. In particular, as regards the approach taken to recovering from the financial crash and its aftermath, there are supporters of the SNP who are strongly against policies of austerity and are attracted to the SNP’s anti-austerity stance.  Many on the radical left of Scottish politics have been convinced that the SNP offer the new progressive alternative to the Labour party that they view as having let them down.

The core longer term SNP supporters that are more likely to recognise themselves as Nationalists, tend to think of their opponents as being in fear of the unknown, lacking confidence in themselves and their country. The Nationalist view of the future potential of Scotland is absolute and has little sympathy for any who do not share that confidence. The Nationalist pride and belief in Scotland tends to be matched by their dismissal of the Unionist view. The more extreme Scottish Nationalists have a tendency to anti-English attitudes, while their new left wing members can come to view separatism as the new route to challenge big business and are highly critical of the economics of deficit reduction.

The supporters of the UK often do not particularly view themselves as ‘Unionists’ per se, but rather simply wanting the status quo to continue. That is, not so much flag waving supporters of the Union, just not convinced of the need for separation, and preferring to leave the current position to continue on. Arguably, there is a tendency for the typical supporter of Scotland remaining in the UK to seem to be not as passionate or determined as the SNP’s supporters for independence. Sometimes referred to as the ‘silent majority’ there is no doubt that many pro-UK supporters are less inclined to engage in the often confrontational debates around arguing the case for and against the Union.

There is also a tendency for the pro-UK side of the debate to appear less cohesive because in reality – despite attempts to show a unified front during the Referendum in the form of the Better Together campaign – the pro-Union side of the debate is very fragmented across political parties that although formally unionist, can at times prefer to score points against each other rather than offer a more organised opposition to the Scottish nationalists. This is all the more significant when the SNP are themselves more controlling and disciplined than all of their opponents.

There are good and bad aspects to the positions of both sides of the big debate in Scotland. The great bulk of the people of Scotland are not against each other or the rest of the UK, but rather have varying degrees of differences over their support or opposition to ultimate power for UK-wide matters sitting with a UK Government in Westminster, rather than all powers resting in Edinburgh with the Holyrood Parliament.

I am not against those who have voted ‘Yes’ in the Referendum, or who have voted for the SNP. I suspect that like most people I come across we would find we have more in common than that which divides us. However, what I am against with a passion is the Nationalist ideology that underpins the SNP approach. I am against it for its promotion of separation and a culture of grievance when in my view what we need most is the very opposite of that.

And then there are the tactics of the nationalist leadership in furthering that insular and narrow-minded ideology. Tactics that have gone well beyond the normal political games, as they have bent the truth, broken the rules of good public governance, and generally misled and manipulated the people of Scotland. These have been tactics for which the leadership of the SNP should be ashamed, but instead they continue as if with impunity, using their majority in Scotland as if it raises them above such inconveniences as the delicacies of right and wrong.

Personally therefore, while as I have said I would like to see a lessening of the rancour and discord of debate in Scotland,  this cannot stop me from criticising the ideology of Scottish nationalism. Equally, I am determined to confront wrong doing by the Nationalist leadership as well as highlighting the misleading nature of much of their propaganda.

‘Accidental witness’ – how far the leadership of the SNP have been prepared to go to secure their separatist ambitions.

‘The opposite of truth’ – the many ways the SNP have misled the people of Scotland.