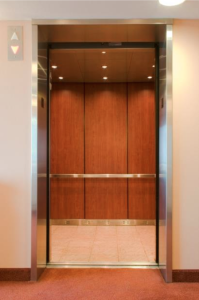 How would it be if we were to meet….?

Without doubt my most surreal moment in the campaign to date. I was waiting for a lift in a Glasgow hotel. It was quite late. I noticed out of the corner of my eye someone had come over and was also waiting alongside me. Then I realised, much to my surprise, that it was the First Minister.

I explained to him how I would love to have had a chance to debate with him, but with just over 4 million voters I realised he could hardly be expected to find time for each of us. Then as we continued to wait, I got thinking…..and said

“This lift takes about 30 seconds to get to the top floor. You could pitch me on why you will vote ‘Yes’ on the way up. Then we can press for the ground floor and I’ll pitch you on why I will vote ‘No’ on the way down. What do you think?”

He turned to me with one his best put-down expressions.

“I’ve just taken on Alistair Darling and to general acclaim won hands down. I’m also trying to get the UK Prime Minister to debate me and he’s running scared. So I think I should be able to handle you. But why would I waste even a minute of my time going up and down in this lift – what’s in it for me?”

“Simple,” I said, “if you can manage to speak only the truth for your 30 seconds, then I’ll promise to change my mind and give you my vote.”

Just then the lift arrived, the doors opened and we stepped in. My finger hovered over the button for the top floor. He had a smug look on his face, and I feared, not for the first time, that I had underestimated him.

“No matter what currency we use, or how much our promises cost, I’ll be better off in charge. In the short term borrowing will fill the gaps, in the medium term oil will, and when that’s gone, I’ll be long gone too.”

“Negotiating with the UK will be simple, I’ll just bang on about the sovereign will of the people of Scotland. Dealing with Europe might be tougher, realistically we could lose as much independence to them as we gain separating from the UK, but then we can blame Europe for all the things we can’t deliver.” He chuckled at that.

“As long as the UK is broken up, we’ll have what I want. Eventually the currency will probably end up as the Euro. But I’ve never had to admit that, or the possible gaps in funding for childcare, pensions, free University tuition, or anything else, nor the over-reliance on oil, and so on. Admit nothing, say everything will be grand, and you win.”

And then we arrived at the top floor. I held my finger on the door closing button, ready to press the ground button to take us back down.

“So,” he said, “there was nothing untrue there. Do I get your vote?”

I wasn’t that stupid. “Let’s wait until we get back down,” I said, “otherwise you might be tempted to get out here and not listen to what I have to say. Who knows, I might even convince you…”

He shook his head like he was humouring a petulant child.

“I’d argue for ‘Yes’ if I thought we are oppressed or treated worse than ordinary people anywhere in the UK. But we’re not. I don’t suggest we can’t separate, I just don’t accept we should. Everything I love about Scotland, its history, people, incredible landscapes, the potential of its business, science, arts and sports people, are all, each of them, inextricably entwined with the rest of the UK. The way these islands were formed, our common heritage and amazing achievements, our place in the world, the family ties and bonds of friendship, the ‘British-ness’ that is as much about the people to the very south, north, east and west of these wonderful islands. We have always been so much more together than we will ever be apart.”

Then we arrived at the ground, the doors opened and we stepped out.

“Ok,” he said. “But none of that cuts any ice with me. So, I did keep to the truth in my pitch, do I have your promised vote?”

“But you misled the people of Scotland with the White Paper and in all the debates and interviews that you have taken part in over the last couple of years. You have misled people, again and again. Have you no shame? Would you stop at nothing?”

He looked at me as though I was both naïve and a little dim.

“Whatever you have to do to win another vote, you do it. If telling people you can overcome poverty is what you need to say, you say it. Or if people want you to say you will get rid of nuclear weapons, even though they’ll only be pushed down the road, that’s what you say. Or you tell people that something they really depend on – like the NHS – might be taken away if they don’t vote for you. It doesn’t matter whether there’s a real risk or not. I was tempted to promise we could cure cancer but annoyingly those pesky scientists in the cancer research institute in Dundee keep banging on about the research funds they’ll lose if we break up the UK, so I’ve had to steer clear of that. Anyway, don’t get me off the subject – I need to get to my bed. You owe me your vote. Do you promise me you’ll vote ‘Yes’?”

“Yes, okay. You did stick to the truth for your 30 second pitch. While pretty much everything else you have said for the last couple of years has been at best misleading, or downright wrong, you did, during those 30 seconds, stick to the truth. So ok. You win. I’ll vote ‘Yes’.”

The First Minister stepped back into the lift and left me standing in the lobby somewhat crestfallen.

Just before the doors closed he put his arm in the way to stop it and called out cheerfully, “So what’s your name by the way?”

I think it had struck him he might be able to spin this story into a speech the next day.

“I have been called many names. But you already know me by one of them. I’m nupateer.*”

He pulled his arm back as if he might catch some horrible contagion. The doors started to close. But then they opened again, as he panicked and stabbed at the buttons without looking properly, trying to get the doors closed but hitting the buttons randomly, including the open button, so as they started to close, they pulled back opened again. And again. All the while he was looking at me with a sort of horrified look. I decided to give him one last thing to think about.

“The cynics always believe you can hide a secret, even in plain sight. But I am an eternal optimist and believe that in the end you can never hide the truth. What do you think First Minister?”

Then at last, the doors finally closed and he was gone.

*nupateer.com is a campaigning website that amongst other things has been seeking to expose wrong doing at the top of the Scottish Government in relation to the ‘Scotland’s Future’ White Paper.