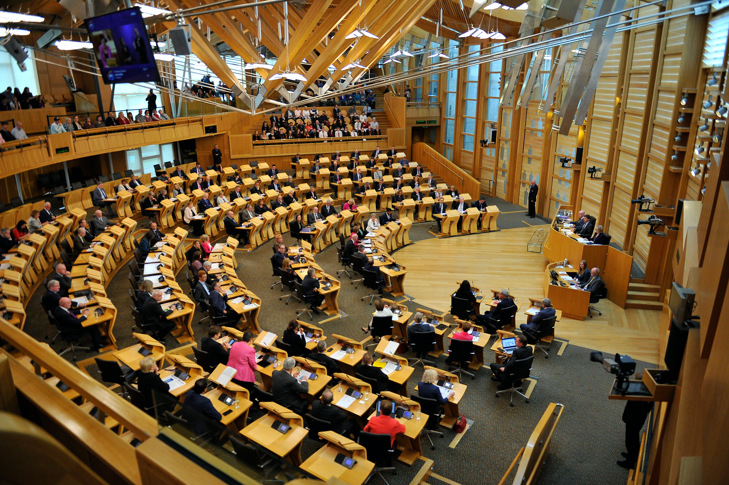 For those who do not have time to watch First Minister’s Questions, I can provide what I hope is a helpful summary of the last many sessions, and for that matter, future ones too. What follows is what I have learned from Nicola Sturgeon’s responses.

The first thing to understand is that whatever the subject being considered, the First Minister knows she is right. Also, any MSP not in the SNP is wrong, with the only doubt being about the degree to which they are wrong. The Scottish Greens are not quite as wrong as the rest because when the constitutional chips are down they agree with the SNP on the main thing.

The main thing is of course, independence. This needs to be treated with great seriousness when raised by the SNP, but when opposition parties raise it they must be responded to with mocking outrage. Like a sacred thing, that which transcends all else can only be properly dealt with by the one who knows best, and others should know better than to speak of it.

When it comes to targets, the First Minister will set them from time to time, and no matter on what subject they will be world leading, or at the very least better than anything anywhere else in the UK can come up with. As these targets are put in place before anyone has worked out how to deliver them, they are usually missed which provides a lot of material for those wanting to ask awkward questions at FMQs. Yet such questions do not trouble the First Minister, as she sits serenely on the highest of moral high ground. If a point raised does hit a nerve, the questioner will be told that the First Minister will not take lessons from someone whose party has at some point failed to live up to some promise it made, even if the subject of that is of no relevance to what was being asked about. By the time the First Minister has finished her response, she hopes no one will notice that she has not answered the original question, or better still that everyone has long since forgotten what it was she was supposed to be talking about.

Education, heath services and lots of other things that people really care about - and which the First Minister’s government is directly responsible for - are a top priority, other than when the thing which transcends all else is the main priority, which of course is most of the time.

Another thing that the First Minister is very clear about is that whatever the issue, Westminster is at fault. This is not helped by Westminster not knowing how to run a referendum the way the SNP does, and the UK government’s failure to follow the SNP’s lead in ignoring referendum results that do not deliver the right outcome.

Finally, FMQs gives the First Minister a perfect way to showcase all that the SNP has to offer by way of grievance, mock outrage and blaming others. If only the SNP was given all the powers of an independent country everything that they get wrong now would go right, and problems that get the better of Westminster would be so much easier to deal with at Holyrood. To her credit, the First Minister is in no doubt about any of this, it is just the rest of us that are a bit slow in catching up.